A Treatise on Varieties of British Fractional Bronze 1860-1970

"The most comprehensive reference book on British halfpennies and farthings available"

This brand new 165-page guide book comprehensively covers the bronze halfpennies, farthings and third farthings of Great Britain and the 1/48th shillings and 1/24th shillings of Jersey from 1860 to 1970, including patterns and proofs. It documents all currently known obverse and reverse die varieties and all known die pairings including 4 new farthing varieties and 27 new halfpenny varieties not documented in Michael Freeman's The Bronze Coinage of Great Britain.

The British bronze farthing section is available as a sample chapter here (please do not re-host or re-upload). 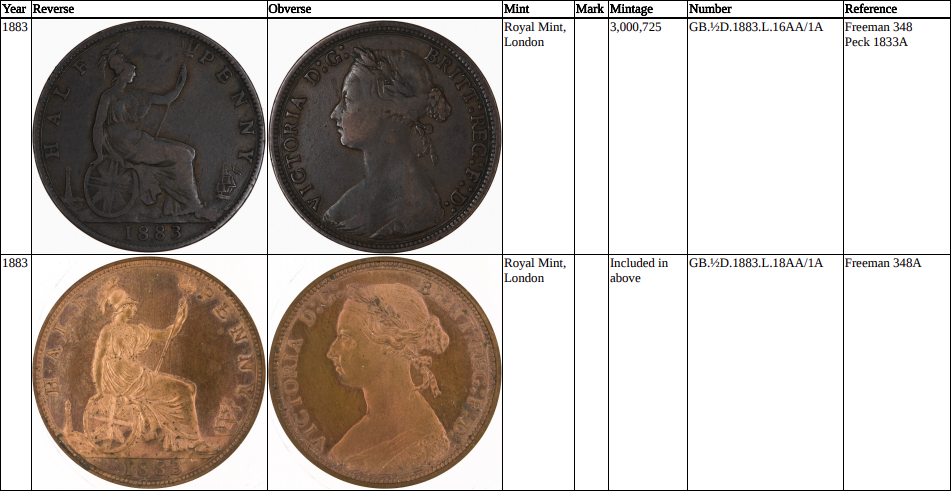